I have a friend who has been living in Brussels for a few years, yet she is still surprised about how “the Belgians” react to things or what kind of things they talk about in their daily lives. In Turkey, we talk about death on a daily basis. On the other hand, she keeps sending me news stories about deaths in Turkey. Let us start with more “popular” examples some of you might be aware of. 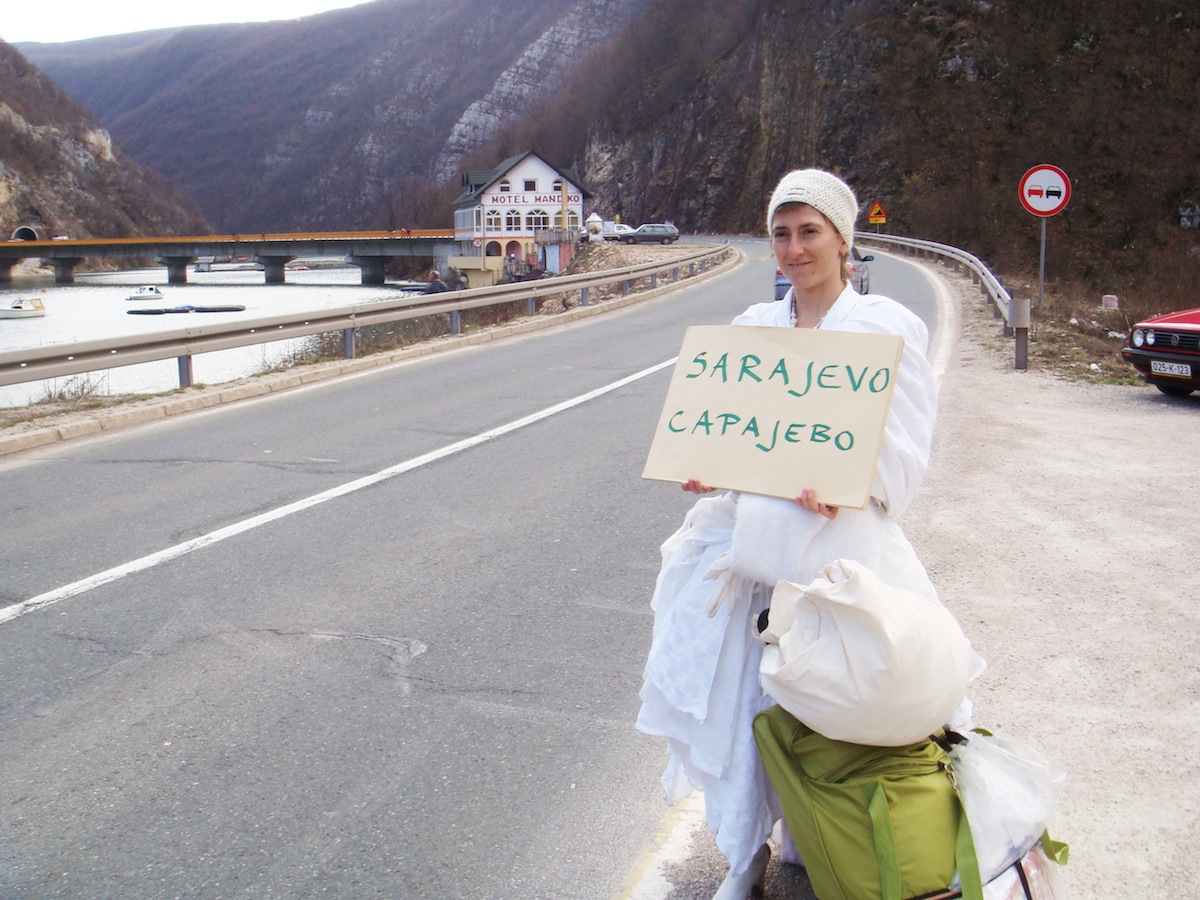 An Italian performance artist Pippa Bacca started a hitch-hiking tour from Italy, through the Balkans and to the Middle-East with another friend. They were wearing wedding dresses to prove that people can be reliable and symbolise “marriage between different cultures”. Bacca went missing in Turkey. Later, her body was found. She was raped and strangled. The convicted rapist and murderer said “I don’t regret what I did, I demand to be released”.

A similar recent case caused an outrage in Turkey, and like many others, I have been writing about it for the last few days. You can check my previous articles. Rape, followed by murder, is incredibly common in Turkey. I had previously explained that this “rape culture” is constantly reinforced by the understanding of “morality” among the public, and misogynistic statements by politicians, who are easily re-elected in the next elections by that majority of  the public. Today, I will mention another reason: television. Even art is used to normalise or justify this rape culture.

A series inspired by an earlier film based on a novel, “Fatmagül’ün Suçu Ne?” was about rape. In these pieces of production, the lead character Fatmagül is gang-raped by three friends of Kerim, who has no memory of the event where four of them had a lot of alcohol and drugs, and feels guilty. Kerim does not remember the rape, he actually has no part in it, but decides to marry Fatmagül in order to protect his friends and feel “less guilty” about the crime.

There is nothing wrong with portraying what is happening everyday in this country in any form of art. However, when people start to make jokes about the phenomenon of thousands of ‘Fatmagüls’ in Turkey, things start to get ugly. People even made inflatable sex dolls and named them “Fatmagül”. It is very common for rapists in Turkey to get reduced sentences because “they agreed to marry the victim”. This so-called form of “honour” is more important for many than the physical or psychological integrity of a person. “Did you get raped? Alright, he will marry you, no harm done.” Every year, many thousands of women in Turkey are “sentenced to” live their whole lives with their rapists.

Another example is “İffet”, again, based on an earlier film. The lead character İffet is raped by Cemil, her “sort of” boyfriend, and she is still in love with him. Years after 1982, when this film was made, people continued to post the rape scene on platforms like YouTube, and have “entertaining” chats like “hahah, look at how he rapes her, so innovative”, and openly fantasised about the script. It was so popular even after 30 years, they remade it into a series. Another example is the movie “Arabesk”, where the same actress in İffet (1982) plays the lead character. In the movie, the bride runs away from the wedding and seeks help from an old truck driver, who later rapes her. She leaves the scene to get help from men sitting in a coffee shop, wants help about the “rape” and asks “where Istanbul is”. Tens of men say “we will show you”, reaching their belts and zippers. While they are trying to catch her, she says “why are you running after me, you should get the truck driver”. They say, “we are not homosexuals, why would we catch the driver?” This was a “comedy” movie, and still, people keep getting “entertained” by these scenes. All the lines, all the behaviour is “funny” to the majority of the public.

Anyway, while crime with rape AND murder combined, is really common in Turkey, it is also commonplace to die in ways that would be impossible in most other countries. Please tell me, who kills a man because of a snowball fight, and where? Another common cause of death in Turkey is attending a wedding. It does not matter much how you attend it. You can be the bride or the groom, a relative, or a guest.

Aziz Baş, just married to his wife, was obstructed by some men on the road who wanted “tips”. It is very common in Turkey to ask for small amounts of money, blocking the passage of the wedding convoy. After a discussion about the amount of the tip, Aziz Baş was dragged to death.

But wait! There is more. During another wedding, the groom fired an AK-47 to “celebrate” his marriage, killing 3 relatives, hospitalising at least 8 others.

In another wedding disaster, masked gunmen attacked a ceremony in south-east Turkey and killed at least 45 people.

An “aunt” from the north-western province of Bursa, got angry with her niece having a boyfriend, had a “discussion” with her brother-in-law and nephew, andshot the two men.

Two days ago, Recep Cerrahoğlu was stabbed in the back by a man who was in a quarrel with young women in the street. Cerrahoğlu went there to break the fight and help the women, but the man attacked him and murdered him.

Death in Turkey does not have to be a gender issue either. Hundreds of miners died in the coal mine disaster in Soma.

Let us go back to the weddings. In Osmaniye, some guests wanted the singer to sing a song, the family holding the wedding ceremony did not. How did it end? 20 injured.

In Gaziantep, there was a fight between two families because of the construction of a wall between two gardens. 4 people were killed.

A young woman in Istanbul, had an operation to get her nose fixed. She caught an infection at the hospital, and had to get both legs amputated.

Religious, ethnic or “touristic” murders are also commonplace in Turkey.

Sexual minorities are not safe either.

Many transsexual people are the victims of different kinds of violence, including murder, on a daily basis. This is just one example.

Here is an example of an “honour killing” with a gay man as the victim. Just “one” example among many.

Men in Turkey have to attend compulsory military service between six months and two years, changing according to the level of education, or just pure luck.

Death in the army does not have to be during combat. Five soldiers were killed by an “accident” during inventory check. Yet there is an incredible “additional amount” of deaths in combat. About 30,000 people died through the struggle that started in early 80s between the Turkish army and the PKK.

Now that it is snowing in the most crowded city in the country, Istanbul, we should not rule out the traffic accidents or people freezing to death. There are more than a million of Syrian refugees all over Turkey, and a considerable amount of them live in the streets.

Let us also not forget the protests. While government officials were telling -mostly Kurdish- people to go to Kobane instead of protesting against ISIS and “causing distress”, the security forces killed tens of people who “wanted to go to Kobane”.

20 months ago, about 10 people were killed in connection to Gezi Protests, and more than 8,000 people were injured. Some lost their eyes, and a significant amount of people had serious brain trauma.

Then there are the “extra-judicial killings”, fights about sports teams, “love” affairs that end with murder, people killing each other in the streets for 10 liras (~$4), suspicious suicide cases, workplace “accidents”, stray bullets in “celebrations”, homeless people found dead, not-homeless people found dead in their beds, suspects found dead in custody, and all that stress, sadness, messed up health situations, poverty, hunger, and crime as a government policy. All that lawlessness and pessimism.

I think, when there is already so much death and blood in a country, we must have better things to discuss than death penalty or “vigilante justice”.

Published on Beacon Reader 10 days ago. Please share and contribute.

This site uses Akismet to reduce spam. Learn how your comment data is processed.